Bernard Carol Elissagaray was a replacement rifleman who joined Company A in the spring of 1944. He fought in the battle of Saipan, and was wounded in the leg during the landing on Tinian. It was the million-dollar wound; Bernard was sent to a Naval hospital, and was placed on stateside duty until his discharge as a corporal in 1946. Elissagaray was a consummate collector. His photographs not only document his time in Company A, but his convalescence and service in his native California. He “liberated” dozens of paper trophies on Saipan – from Japanese money, letters, and photographs to American intelligence material – and saved his own service records from his induction notice to the Western Union telegram that informed his mother of his wounding. He augmented the whole collection with a series of official government photographs documenting the Pacific War.

All images on this page are from the collection of the webmaster.

“Dues and I.” Bernard’s best friend in the company was First Platoon’s runner, PFC Richard Dues. 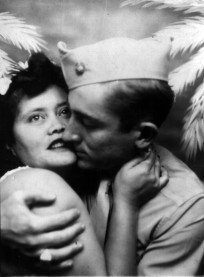 Dues in a profile shot, probably taken on Maui in the spring of 1944. 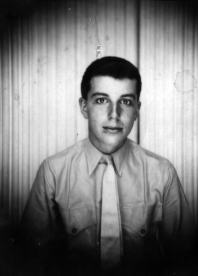 Bernard, looking a little spooked, in the same photo studio.

Another shot of Bernard, date unknown. 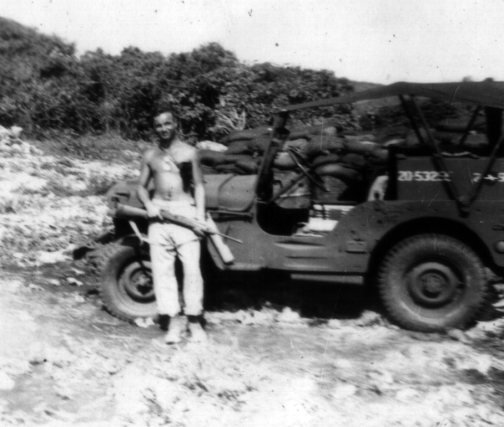 This picture, simply labeled “Saipan,” is the only known personal photograph of Company A Marines during a campaign. 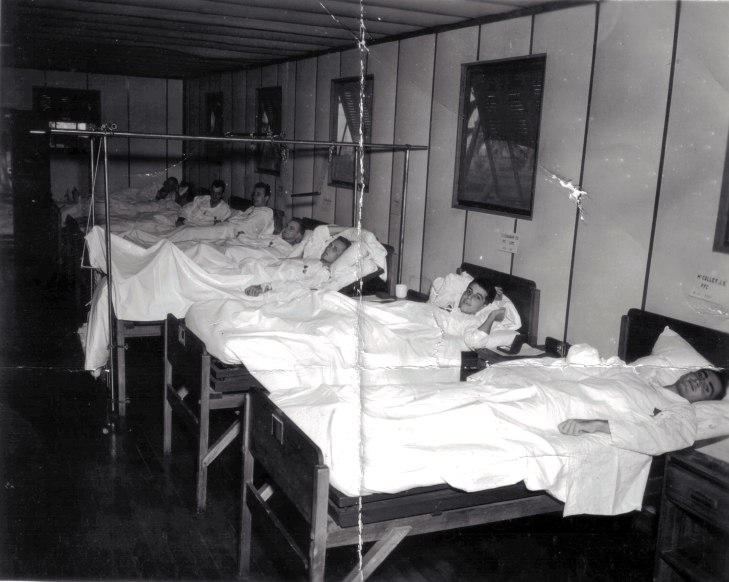 Bernard is all smiles at the hospital on New Caledonia. The men in this ward have just received their Purple Hearts, which are pinned to their chests. 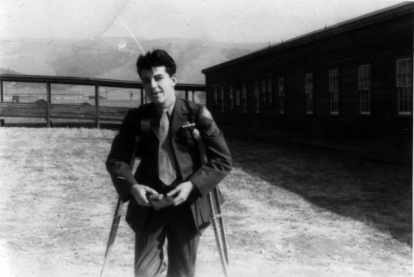 After returning to the States, Bernard was fitted out with crutches. He is show here at “Oak Island.”

Rehabilitating at the Naval Hospital, Santa Cruz. Bernard is in the front row, second from right.

The following pictures show Bernard (on crutches) and some friends he met while recovering. 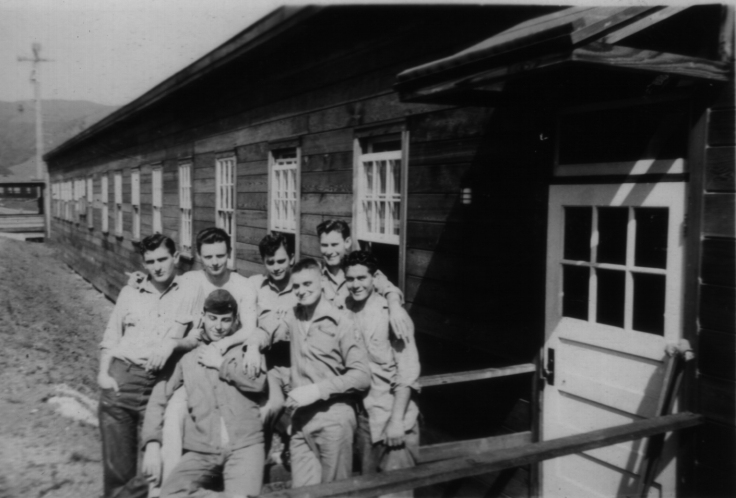 PFC Elissagaray sits for a formal portrait in the fall of 1944. He is wearing his Purple Heart and Commendation Ribbons above his campaign awards.

In December 1944, Bernard was allowed out of the hospital. He is shown here at a private residence – possibly his mother’s house. 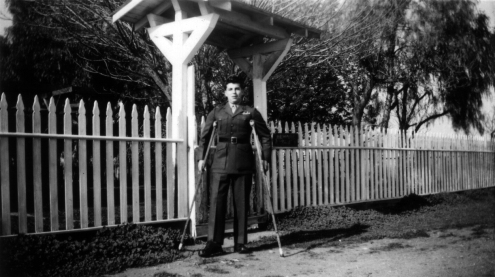 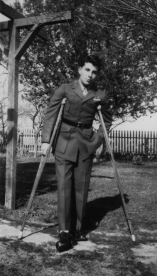 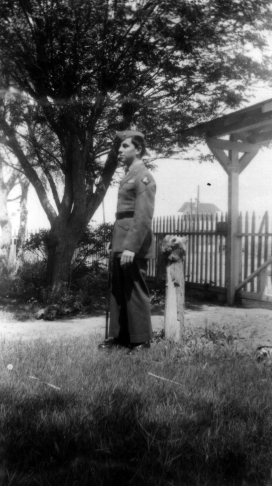 As his condition improved, Bernard was able to discard his crutches for a cane. 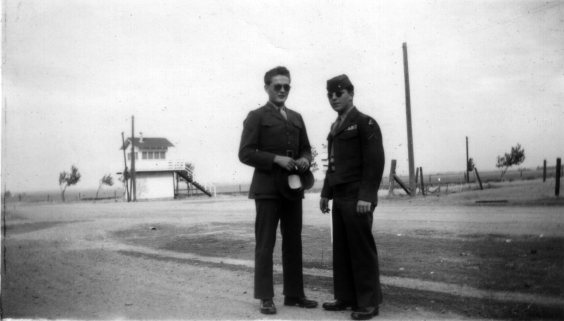 In 1945, Bernard (at right in a fashionably cut Ike blouse) and a friend – probably Richard Dues – take a car trip to visit family. 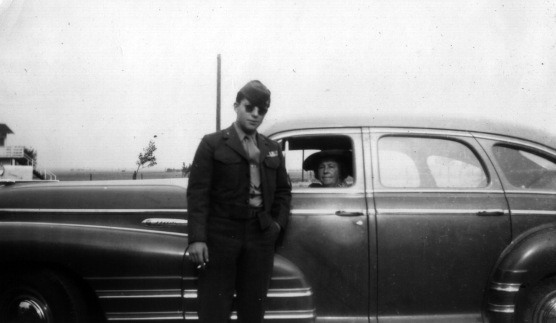 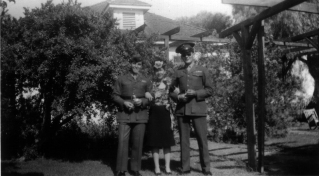 Hitching a lift in Bernard’s hometown of Tracy, California.

Bernard in a bar with a friend known as “Sky” – an easy nickname as his patch shows him to be a member of the Glider Airborne Infantry command. 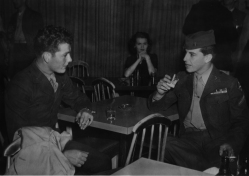 Friends in war and in peace. Dues and Elissagaray catch up over a drink while a barfly in the background eyes the dashing young Marines.